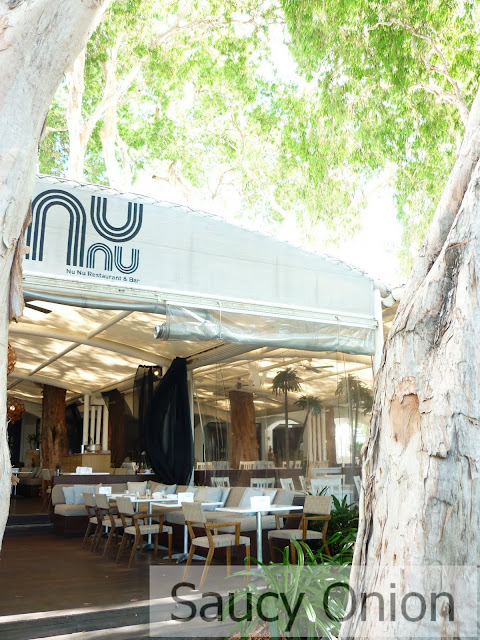 How, in this tropical holiday hamlet, is there such a sophisticated food scene?
The food community in Palm Cove and its hinterland is producing and transforming regional produce into the most exquisite dishes.
Leading the charge is NuNu restaurant on Palm Cove's ocean front promenade which Australian Gourmet Traveller nominated in 2008 as its Regional Restaurant of the year.
2 years down the track and it's still eye-poppingly good. 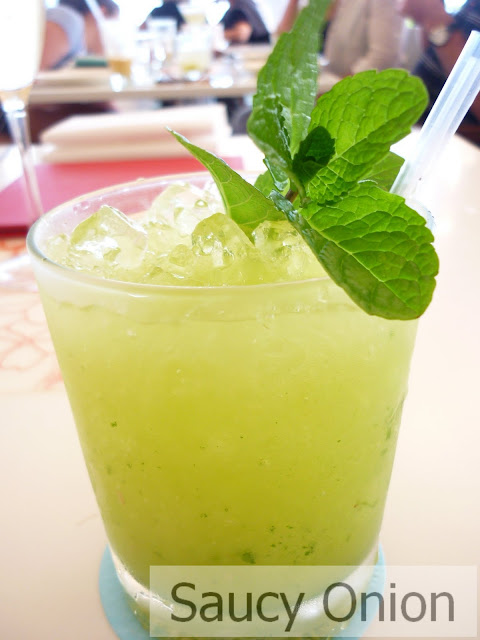 In this tropical weather you have to start with a refreshing cocktail. My vanilla ginger mojito was bursting with tangy mintiness. 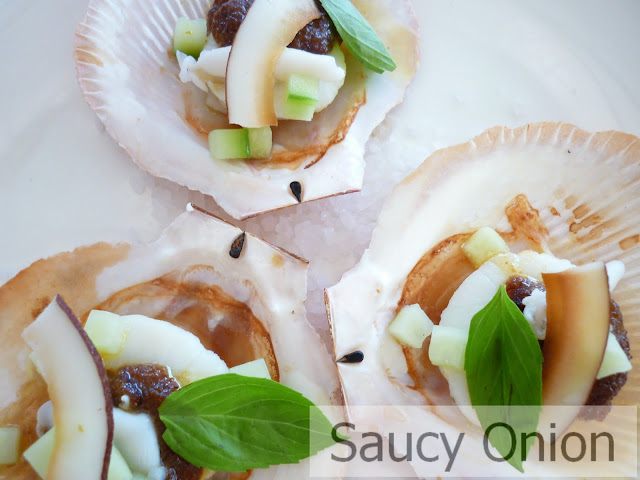 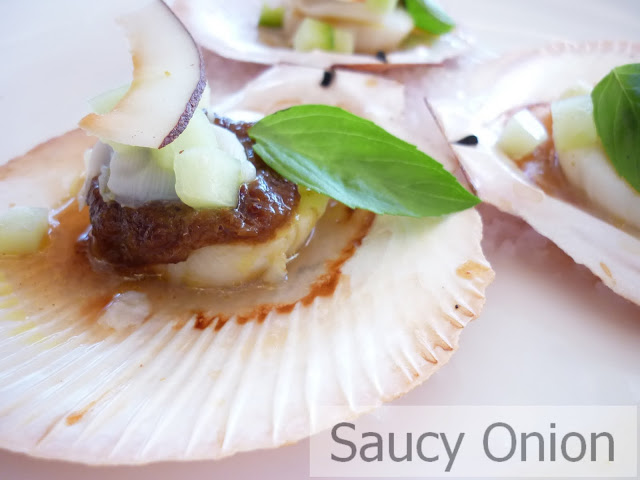 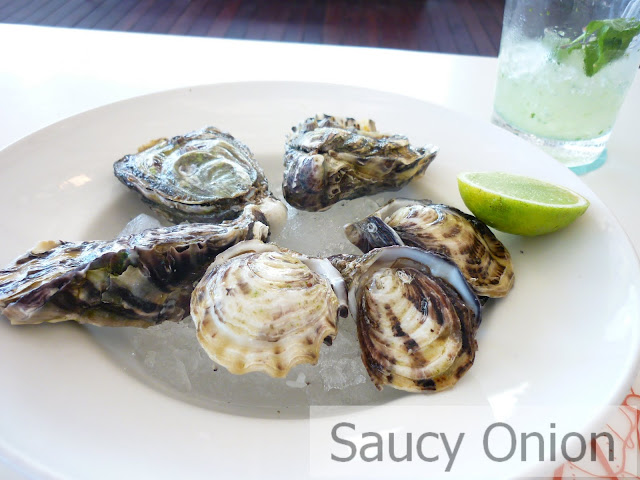 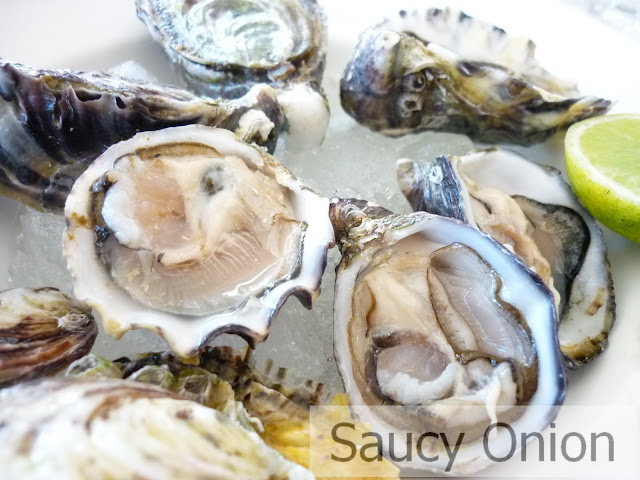 Apparently they're called 'virgin' because they are yet to spawn. They were less creamy than fully grown Pacific and more intense in flavour. 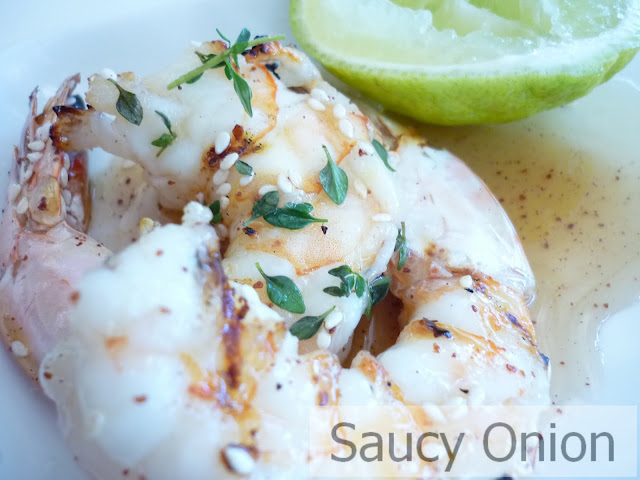 The BBQ tiger prawns with rainforest honey and zaa'tar were meaty. 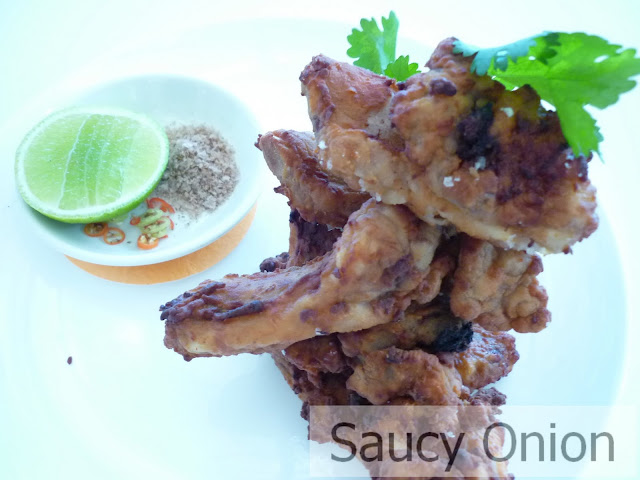 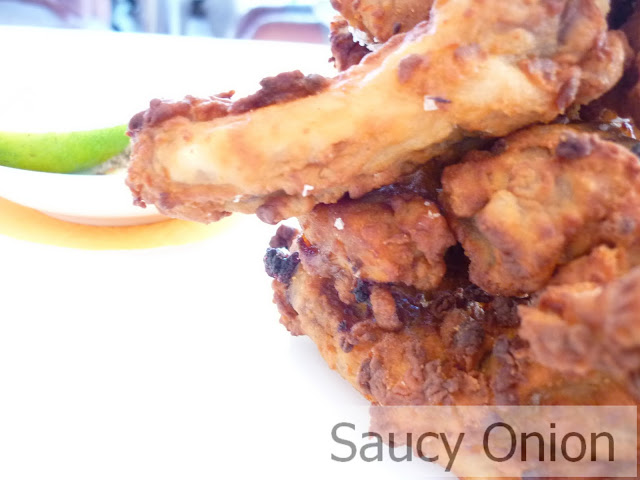 These are based on the Vietnamese street food prok ribs that you find on the streets of Hanoi.
I could have had a bath tub full! 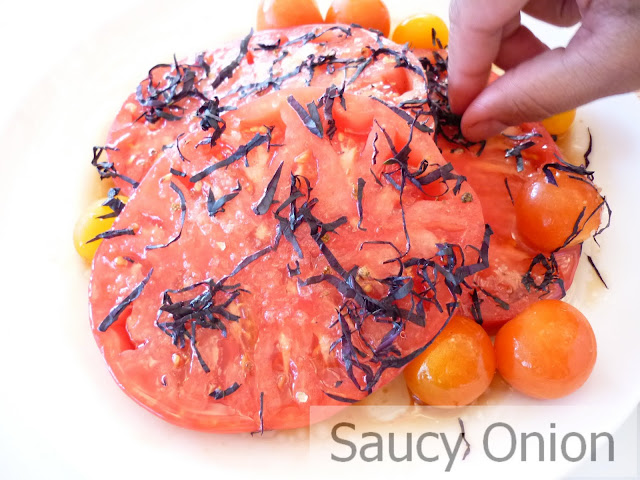 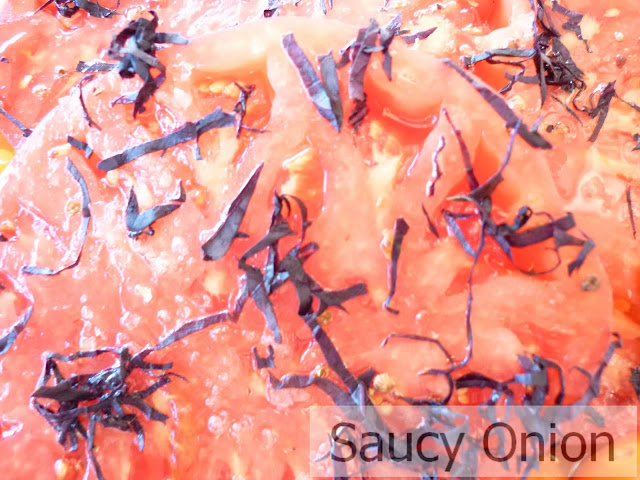 The ox heart tomatoes are from the hinterland town of Mereeba. So large and sweet I had to save some seeds to see if I could reproduce them on the edible balcony.
The low-light of an exceptional meal was the service. We had a waiter who thought he was the star of the day not the food. Inattentive, erratic and downright rude. A pity really that bad service can overshadow remarkable food.
Posted by dearindira at 2:12 PM 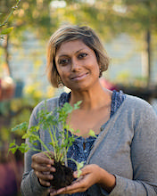 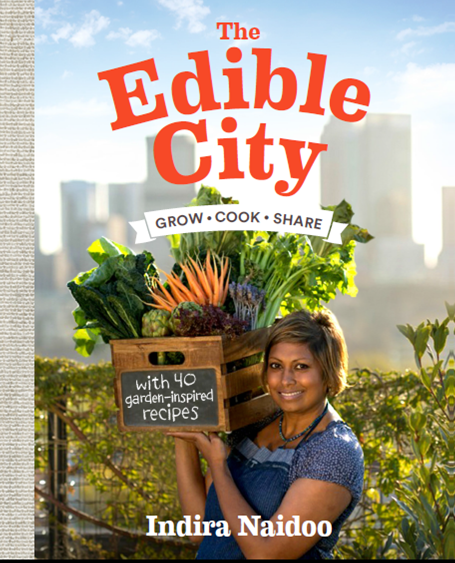 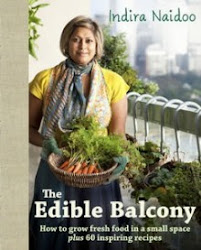 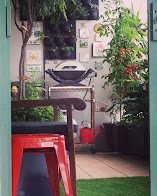